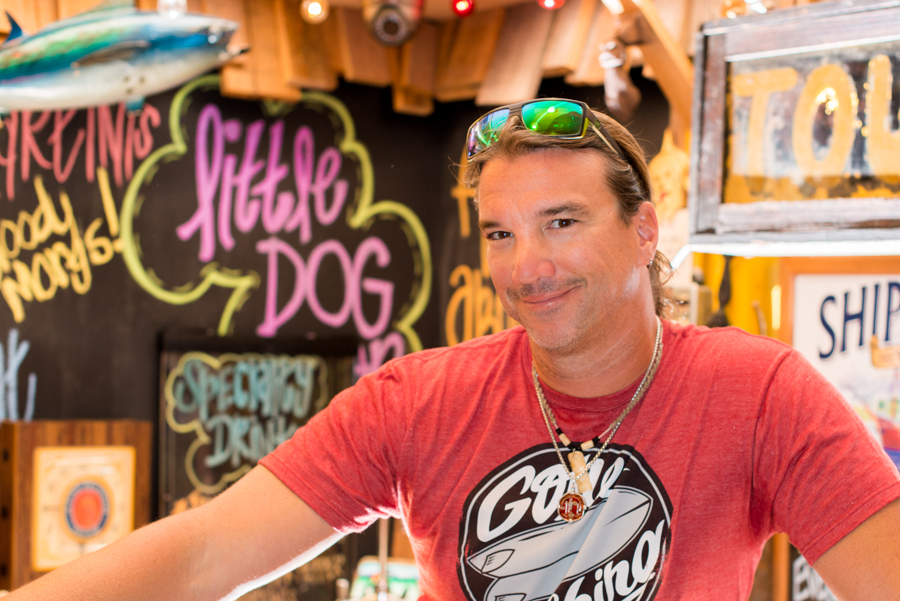 Fish Morgan is a man who needs very little introduction. He is known as a food artist, wine sommelier, entertaining host, pretty good skier and all around good at a lot of things. He decided early on that he loved food and making people happy so he went to the Culinary Institute of America, and studied for years with master chefs. Yellow Dog Eats came out of his natural talents and his ability to recognize the beauty of an old building. He just hopes you enjoy the “Dog” as much as he does and all of those before you… 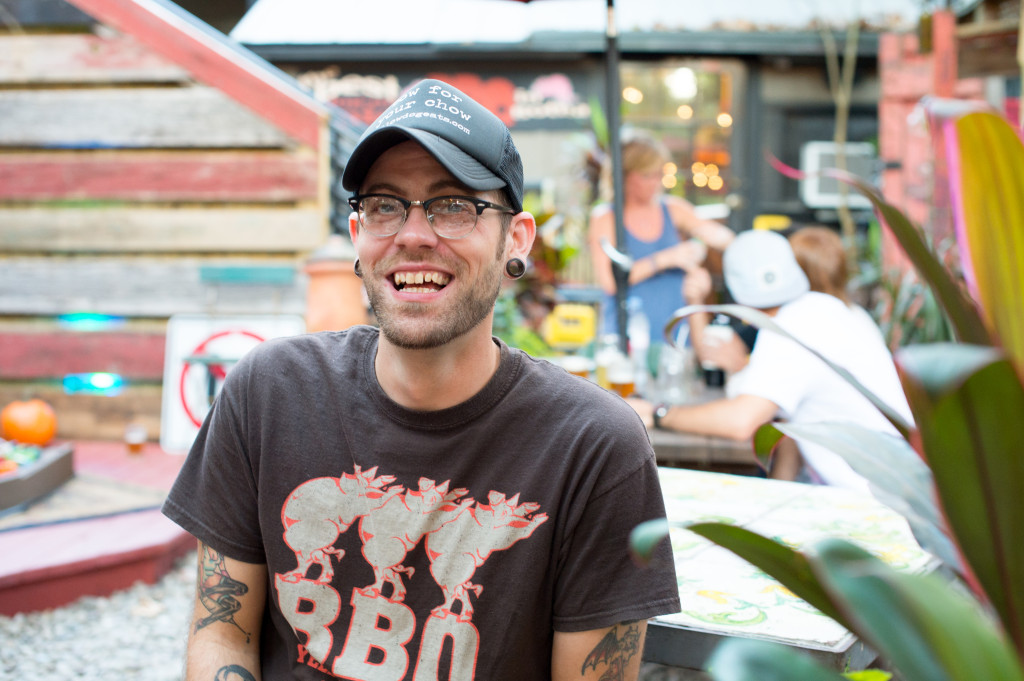 ♫ In west Illinois born and raised  in the kitchen i spent most of my days.

Chillin out, cooking, and acting a fool.

Mom and dad said i shoulda stayed in school.

After just one day of working at moe’s,

Then one night as my wife stared,

she said “The right job for you is just not there.”

Heard of yellow dog that place was neat,

If anything I thought that this place was rare,

it would be super cool if i worked there.

I pulled up to a house it must of been fate

I needed a job where i could be late.

I looked at my kitchen.

I was finally there.

Be there or be square. ♫ 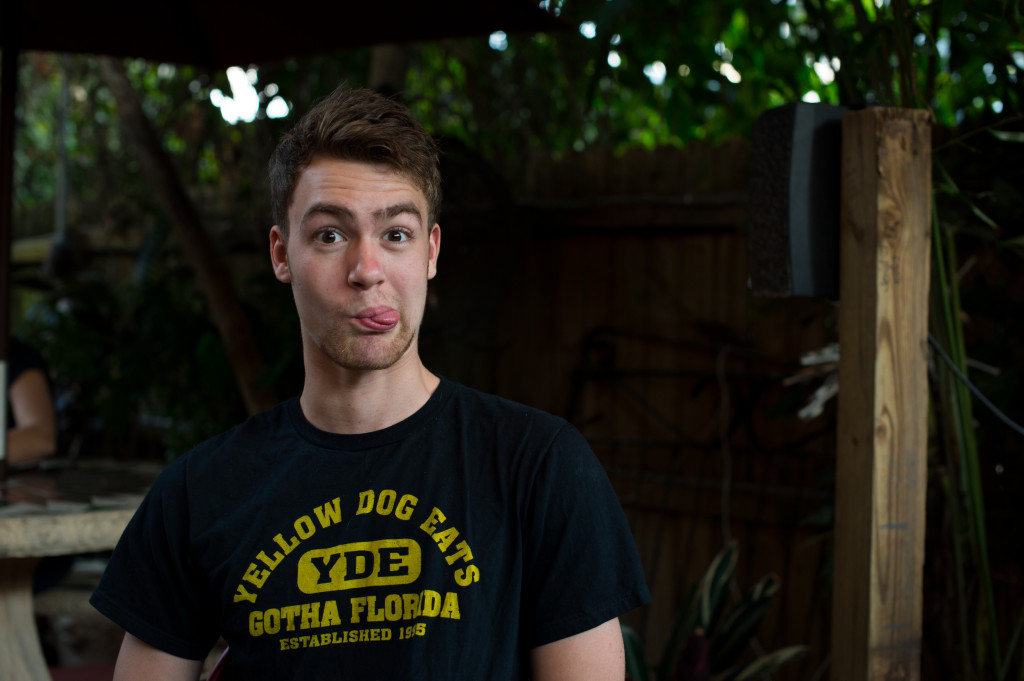 Hi I’m Jon Kaz. I was born and raised in the cornfields of Indiana, where I grew up playing sports, watching cartoons, and trading pokemon cards. I graduated from West Orange, and am currently enrolled in college at Valencia. I have 2 brothers, 3 sisters, and 5 nephews and neices.

When I’m not working, im usually with my friends ‘attempting’ to make music. My favorite super heroes are the Teenage Mutant Ninja Turtles, and my favorite movie growing up was the Brave Little Toaster. It doesn’t take much to cheer me up, a tall glass of chocolate milk usually does the trick. 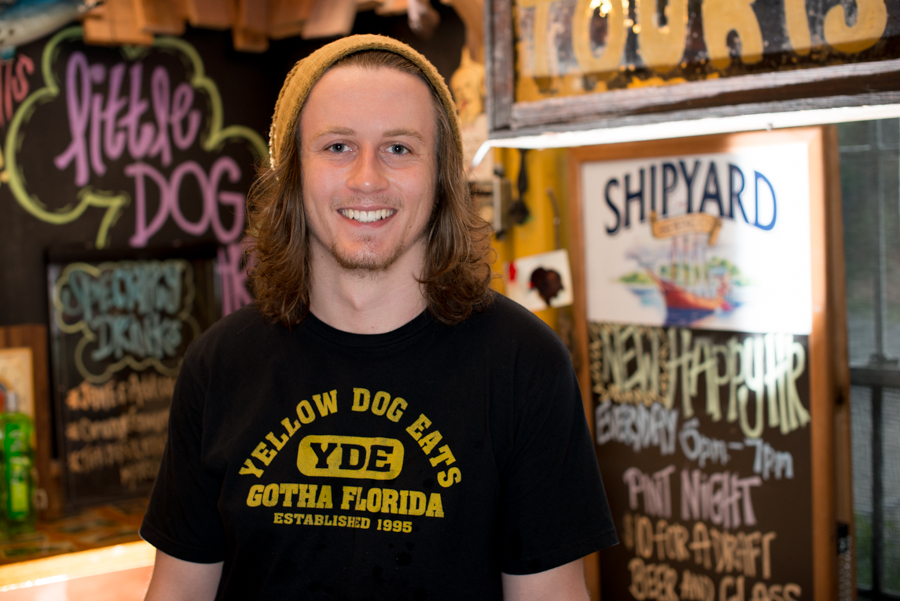 I was born on the 18th of October in the year of 1992 in Birmingham, England. I stayed there till I was 10 when my parents decided to move to this great land of freedom. We first moved to California and we ended up staying there for a little over a year, but due to expenses we chose to move to Florida.

Music is my passion. I’ve been playing drums for about 8 or 9 years and was on the Drumline at West Orange High School. After high school I decided to delve more into guitar, although I had been playing it on and off for some years. My taste in music is quite broad but to narrow it down I mostly listen to the blues and progressive. My plan is to go into school for music, either for producing or just to better myself. Where ever life takes me I know that as long as I’m still playing I’ll be happy. 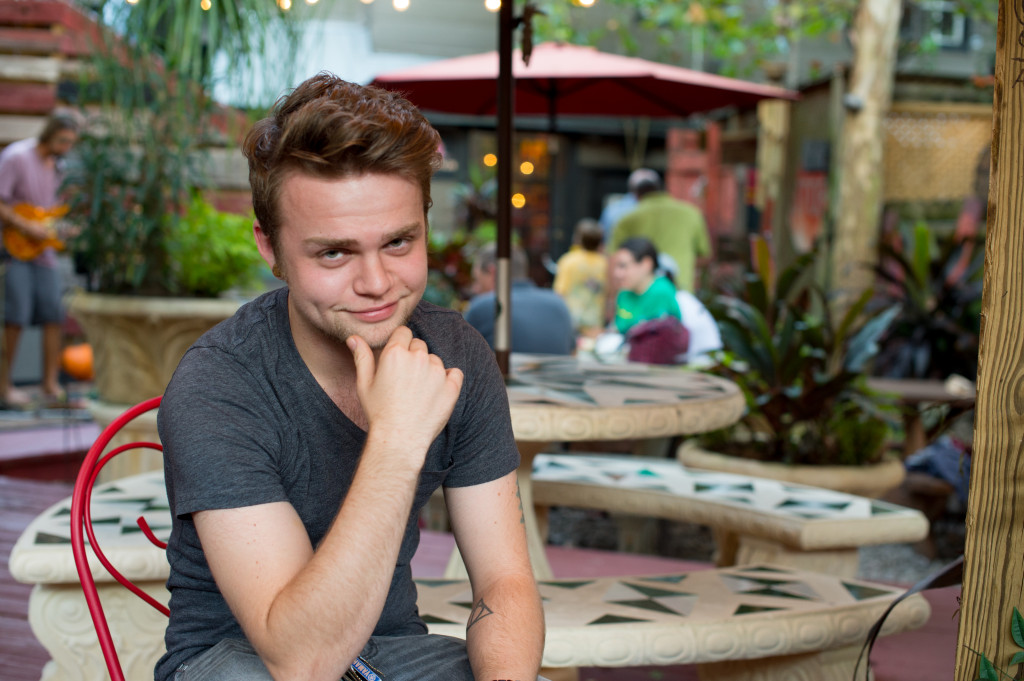 Ello, The name is Tom. I am originally from england, i lived in the U.K untill i was eleven and have been living in florida for the past 8 years. My favorite sport is Football or “Soccer” as you would say, if you asked me what my favorite team is i would have to say Stoke City Football Club hands down. I graduated high school in 2011 at West Orange High School, Shortly after That i went to culinary school for about one year to learn how to make you guys some amazing food!

So after culinary school i started looking for jobs in the kitchen and none were really what i liked or even interested me. One day I walked into the Yellow Dog for first time ever and I was offered this great job.  Since i started to work here i learned a few new tricks in the kitchen that i would have never thought of. So I hope you enjoy your experience at good old yellow dog and i hope to see you soon! 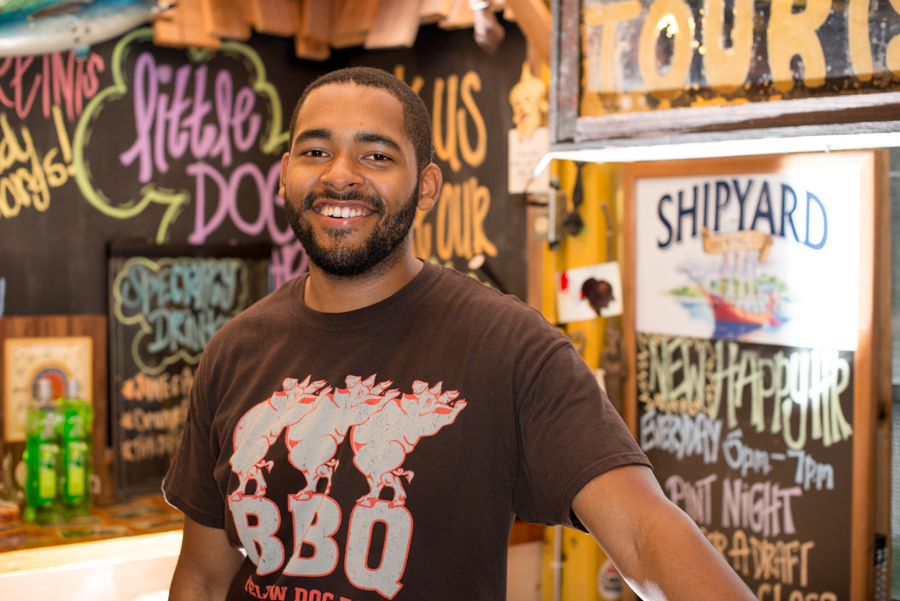 Life as a military brat led Victor around the world and, while being born in Rota, Spain, he is of Dominican heritage which allowed him to be fluent in both English and Spanish. His mother and father, who was in the Navy for 30 years, moved him and his brother around from Spain to Jacksonville, Long Island, a naval base in Atsugi, Japan, and ultimately ended up in Orlando, Florida. Out of all the places he loved living in Japan the most because of the extremly courteous and selfless people, their rich culture, and their mouth watering meals.

He was raised in a very loving and fun-loving family. Countless holidays and birthdays were spent with family and friends and echoed with, the percussive and hip moving, Salsa, Merengue, and Bachata. Summers spent in the Dominican Republic and Spain also rooted a very musical spirit and ultimately led to Victor’s love of music and instruments of all kinds. He’s played the bassoon for 7 years, marimba and other percussion instruments for 4 years, and has been learning guitar on down time. Once he graduated from high school, Victor attended school and is currently working on a marketing degree. Before he dies Victor wants to continue traveling and learning about the worlds cultrues and customs. He also wants to try out rock climbing and using a squirrel suit. 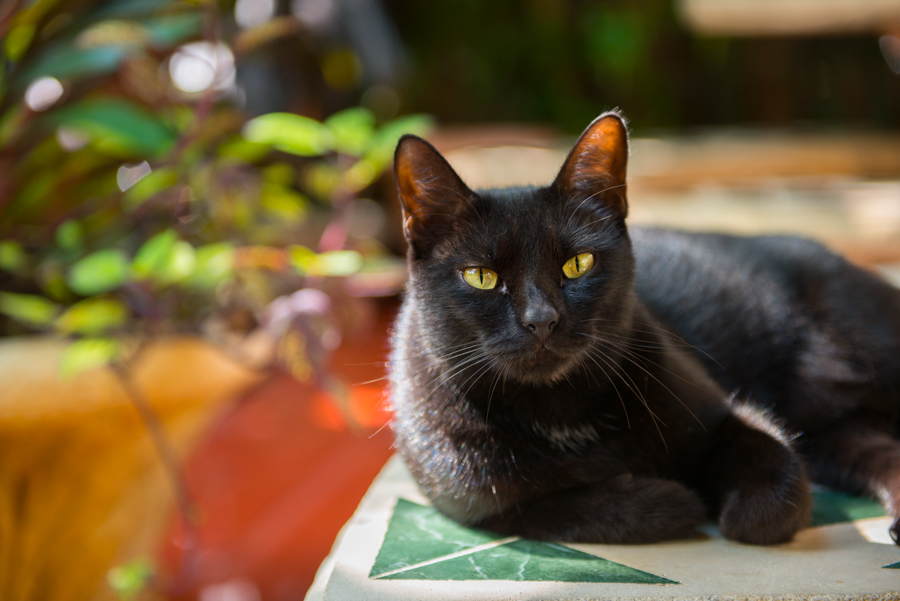 There’s a yellow dog and a black cat. Get over it. Oh, he blogs too. 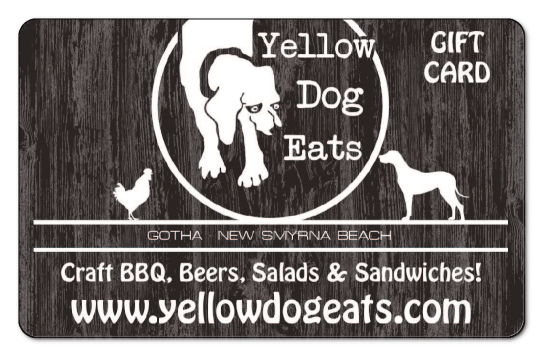